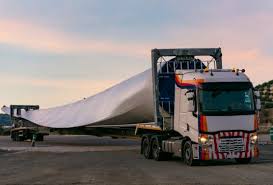 The term “agent” has been used in AI & in cognitive science as a synonym for “intelligent systems”. Over the past few years, researchers in various fields of computer science have adopted this term as a common abstraction that subsumes several important research issues. This technology is able to capture many of our best intuitions & goals for advancing computer science & information technology.

In order to capture more semantics of the dynamic aspects of information systems, such as the events & actions related to the ongoing business processes of an enterprise, it is necessary to make an ontological distinction between active & passive entities, that is, between agents & objects. In particular, the semantics of business transactions can only be captured if the specific business agents associated with the involved events & actions are explicitly represented in the information system in addition to passive business objects.

The concept of Agent-Oriented Programming (AOP) is proposed by Y. Shoham. AOP is an extension of object-oriented programming. The two main points of AOP are:

The state of an object has no generic structure; while the state of an agent has a ‘mentalistic’ structure i.e. it consists of mental components such as beliefs & commitments.

Messages in OOP are coded in an application-specific ad-hoc manner, while a message in AOP is coded as a ‘speech act’ according to a standard agent communication language that is application independent.

The intuition underlying AOP have an ever greater potential for information systems engineering than for general software engineering.

Current information system concepts & technologies are largely based on the Entity-Relationship (ER) meta-model & the Relational Database (RDB) model. Concepts & techniques from OOP are now increasingly applied in the area of information systems. In the former, everything is viewed as an object, from GUI push buttons to entire server programs.

Current information system technologies do not support the concept of an agent. The customer of an enterprise are not explicitly represented & treated as agents but rather as objects in the same way as items or bank accounts.